Missouri Botanical Garden has been active in Madagascar since the early 1970s, with a permanent presence in the country since 1983. For most of this period, the organisation has devoted its efforts to plant exploration and fundamental taxonomic research, and to making botanical and phytogeographical information available to the international scientific community as well as to public and private sector decision-makers concerned with conservation and sustainable use and management of resources. MBG also offers technical assistance to the Malagasy Government in the setting up of the new network of Protected Areas (SAPM), an ambitious program launched in 2003 that will increase the total area under protection from 1.5 to over 6 million hectares (nearly 10% of the country) in five years.

In light of the severe problems faced by the Malagasy biota and its people, who are heavily dependent on natural resources for their livelihoods, in 2002 the MBG staff decided to become more actively involved in conservation. Consequently, a multi-faceted strategy was designed that includes species-focused initiatives, site-focused projects at botanically important sites, and proactive advocacy for plant conservation within the country.

In each of the pilot sites described below, the MBG is developing and promoting a community-based program that aims to combine and integrate biodiversity conservation and economic development needs. In the educational sector, the team has long been involved in providing practical instruction in a variety of fields related to plants and applied conservation, and has directed graduate students from Malagasy universities. In October 2007, in collaboration with the Université d‘Antsiranana in northern Madagascar and the Malagasy NGO Fanamby, MBG will run a much-needed training course in applied conservation management. This 12-month course will serve as a model for future development of parallel training in the closely related field of ecological restoration for university students as well as forestry agents and engineers. 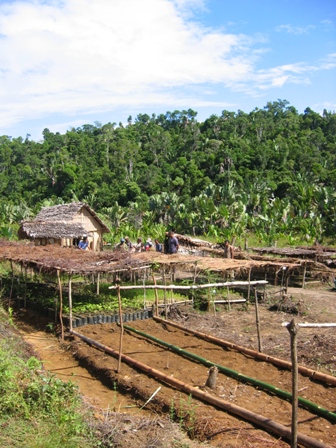