David Tongway is a retired CSIRO landscape ecologist, with a principal interest in soil health. Much of his work was in the Australian rangelands, where the rainfall is too low for cropping. With a small team of colleagues, he developed a rapid assessment of “soil health”, a field procedure that uses indicators reflecting the chemical, physical and biological properties of soil that affect plant productivity. This has been applied to landscape restoration tasks. In recent years, he has extended this procedure to lands affected by mining and in 2000 was awarded the prize for excellence by the Australian Minerals and Energy Environmental Foundation for his contribution to mine closure methodology. David has worked in every Australian State and Territory as well as in other countries developing and implementing ecologically based restoration in USA, Iran, South Africa, Spain, Madagascar and Iceland. In retirement, he is active in projects concerning the restoration of natural capital, and is an Honorary Fellow with CSIRO , an adjunct Associate Professor at University of New England and a former Visiting Fellow at the Australian National University.

People from community groups to farmers, mining companies to government agencies have been benefiting from the long-term studies and work of David Tongway, retired CSIRO scientist, based in the Australian Capital Territory, Australia. David after retiring wanted to share his findings, concepts and procedures with all who would listen.

David has run workshops for Landcare groups and community groups and NGO’s such as Greening Australia interested in biodiversity conservation and soil erosion control. He has shared his expertise with environmental consultancies in New South Wales, Queensland, South Australia and Western Australia. Mining companies in Australia, New Guinea, South Africa, Namibia and Brazil, such as BHP, X-strata, Barrick Gold, Harmony Gold, Anglo Gold Ashanti and Kimberley Diamond have asked David for advice. And David’s expertise has been sought by Australian Government organisations such as Soil Conservation, Primary Industry and National Parks. Post-graduate students have also benefited from David’s mentoring at Australian National University, University of New England, University of Western Australia, and Witwatersrand and North West Universities in South Africa.

And now in order to make his work available generally and especially for universities and practitioners of ecological restoration David and long time associate Dr John Ludwig have written a book:

This book is being published by Island Press and should be available late 2010. 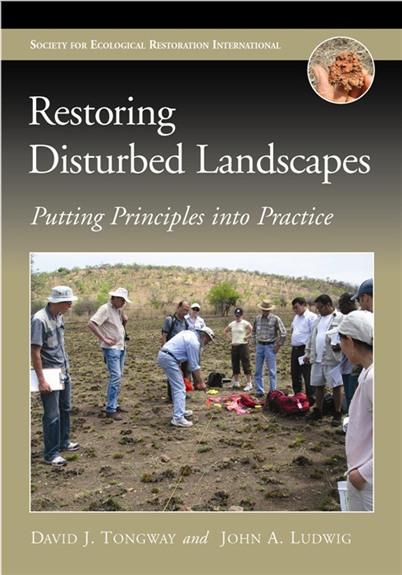 David’s approach to Landscape Function Analysis in his own words:

All of my work is based on how well a landscape is working as a biophysical system - “landscape function”. This is different, but complimentary to biodiversity, which is more concerned with species identity, and possible rarity.

Assessing function involves looking at the goods and services provided by a given species, integrated in terms of spatial distribution, structure, abundance and processes affected. The concepts and procedures are “new”, insofar as most University students will not find them in standard ecological text-books just yet.

I have a particular interest in examining the effect of stress and disturbance on landscape function. Naturally, this involves looking at the nature of the stress and disturbance in terms of amplitude/severity, constancy/periodicity, and whether typical of evolutionary background or “new’ as in the effect of European settlement on Australian landscapes.

Stress/disturbance can have a range of effects from minimal (grazing natural landscapes periodically) through to major disruption (open cut mining with large volumes of regolith shaped into new and “un-natural” landforms.

I am concerned with providing land managers of all sorts in the use of tools by which they can do their own assessments of the effect of disturbance, then design the most appropriate restoration technique, taking technical difficulty and available financial and human resources to carry out the work. Coupled with this is the use of appropriate monitoring tools to follow restoration trends.

I want the information derived with these tools to be as “value-free” or objective as possible. This is not to say that having values is somehow wrong, but that these values need to be informed by a sober, objective analysis, a weighing up of strengths and weaknesses of a disturbed situation before embarking on restoration activities.

Monitoring requires the articulation of the ecosystem dysfunction in terms that can be quantified with adequate precision, so that trends over time can be monitored from the earliest possible time, preferably time = zero.

I am keen to elevate the process of monitoring to a more important event, with the emerging reporting being both prompt and highly informing. Monitoring should not be delegated to relatively unskilled workers who do not have the intellectual background to make sense of the results.

For more information about Landscape Function Analysis you can contact David via email at [email protected] or wait for his new book to be released later this year.

David’s manuals have been translated into Indonesian, Mandarin, Farsi and Spanish for native speakers of those languages. 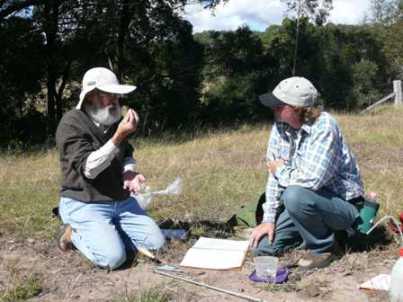